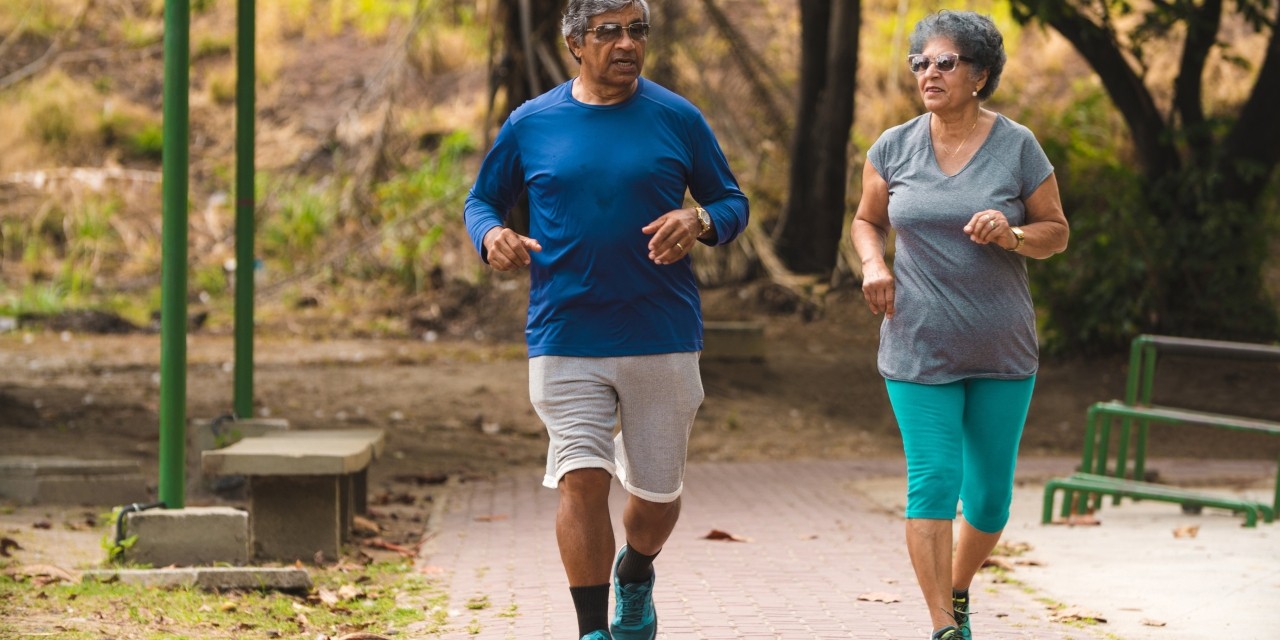 People are more likely to stick with exercise when they make time for it and focus on enjoying benefits like social contact, rather than focusing on short-term goals like weight loss, according to U of A expert Kerry Mummery. (Photo: Getty Images)

The hardest thing about keeping up with visits to the gym or an early morning date with a pair of sneakers and the open road isn’t necessarily a problem with motivation. It’s one of adherence.

“A short-term behavioural change is relatively easy to do. Anybody can decide today that they’re going to do something tomorrow for the first time, but then how do you adhere to that?” said physical activity and health promotion researcher Kerry Mummery, dean of the Faculty of Kinesiology, Sport, and Recreation.

Mummery, who pioneered 10,000-step programs nearly 20 years ago when he began Australia’s version, said the reasons people don’t adhere to exercise range from unreasonable goal setting to not clearly understanding what they want to achieve.

For example, he said one of the popular misconceptions about exercise is its ability to control weight.

“There are a lot of great reasons to exercise, but your diet contributes much more to body composition than exercise,” he said, adding a full hour of moderately intensive exercise may burn only 500 calories.

“You can go reward yourself with pizza, beer or ice cream, and wipe out the caloric benefit of that exercise,” he said. “I think a lot of people anticipate that upping their game in the gym will have unachievable changes in their body composition—certainly over the shorter term.

“Exercise programs generally fail because people don’t give themselves enough time or they don’t understand that they just simply haven’t done enough work.”

Mummery explained for something to become a habitual activity, the doer has to enjoy some aspect of it, whether it’s the competitive elements of the activity, improving performance or receiving social benefits from the activity.

“Intrinsic motivation, or doing something for its own sake, is where you get the repeat offenders who come back for years and years to be physically active, inside and outside the gym,” he said. “With outcome-based goals, however, like wanting to lose five kilos before summer, if you fail to achieve them, then you typically stop—and if you do achieve that goal, you still stop.”

“As strange as it sounds, avoiding death is not all that motivating,” he noted. “In terms of changing long-term behaviour, simply understanding the benefits is rarely enough to actually change the behaviour over the extended term.”

Often the biggest stated barrier to exercise or physical activity is lack of time, where in reality it is a lack of priority, Mummery pointed out, adding that active people have the same number of hours in the day as inactive people do.

“I remember walking into a room in the Van Vliet Complex where somebody had scrawled on the whiteboard—attributed to no one—a saying that I like to use in my lectures:

“We all have to be a little bit selfish from time to time to take the time to look after ourselves.”