You are here HomeSocial MediaIs The “Like” An Endangered Species On Social Media? 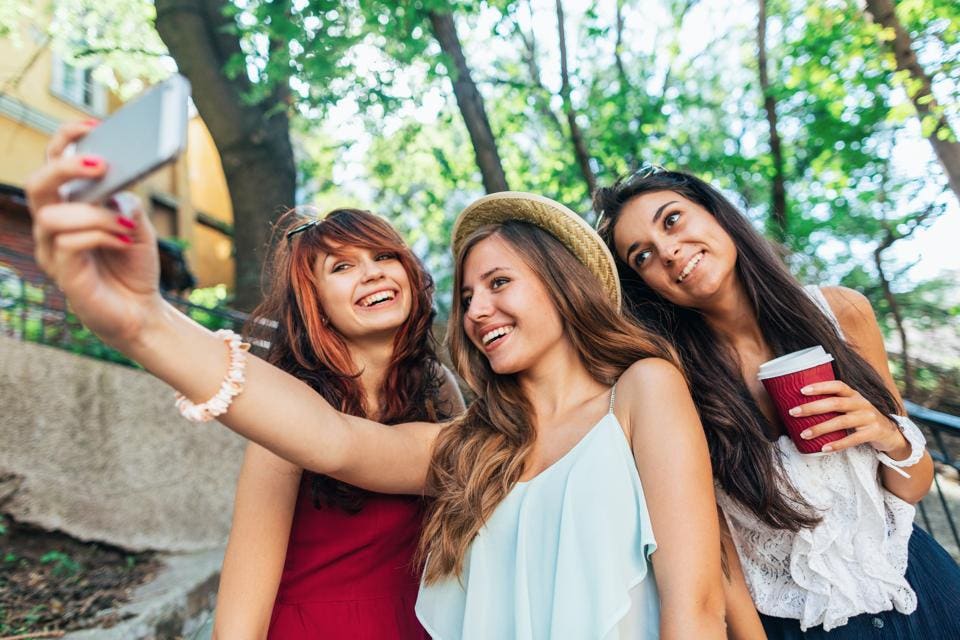 In early 2011, social media was changing the world … and back then it was arguably for the better. Just a few years after Mark Zuckerberg started Facebook in his dorm room, protesters turned to the new platform to rally support for the Arab Spring movement. When the Egyptian government blocked direct access to social media, protestors tapped Hootsuite to spread messages of support. I still remember the power of those updates, and the excitement at the potential of a truly democratized communication platform.

Fast-forward to 2019, and the perception of social media has changed dramatically. Facebook is still recovering from the Cambridge Analytica crisis and fears of manipulation persist. Twitter has been forced to wrestle with online bullying and harassment. Members of social media’s own founding class are raising concerns about the potential for addiction and exploitation online.

My question is how can we reclaim what made social media special, while also learning from the missteps of the last decade? Whatever its shortcomings, social media represents a uniquely powerful way to have a global conversation. It’s a platform where anyone can have a voice, where good ideas can flourish, and where real debate can happen. In a world facing existential challenges — from climate change to the rise of isolationism — social media can be part of the solution, not just part of the problem.

But first, we need to make some changes.

You Are What You Incentivize

Nearly from the beginning, social platforms were engineered to incentivize building a following and going viral. To this day, “follower count” remains front and center on Twitter, Instagram, LinkedIn and Facebook. Anything that’s bold and prominent ends up being prioritized by users. This is UX 101. So all this time, we’ve been trained and incentivized to think more is better.

Likes function in a similar way. That little counter sits next to nearly every post, begging us to pay attention and encouraging us to push out content that gets noticed or jump on the bandwagon when a hot post crosses our feed. Whether it’s earning hearts or thumbs up, the implicit “goal” behind social media has long been this kind of viral validation.

From a business perspective, it’s not hard to understand this model.The quest for Likes and Follows encourages users to spend more time on site. That means more eyeballs to sell to advertisers, which means more revenue for platforms. The problem is that this model has created all sorts of dysfunctions and distortions.

Case in point: what earns Likes and Follows — more often than not — is what provokes or surprises. Rather than encourage actual discussion or sharing, the Like model has encouraged provocation and antagonism. Couple this with algorithms engineered to serve us “more of the same,” and you end up with a vicious positive feedback loop. What we see represents not a balanced take on a topic but an increasingly narrow, and increasingly sensational, slice of it — the proverbial social media echo chamber.

This may seem “good for business,” but the end game is proving anything but. When social media is reduced to sensationalism, it loses validity and credibility. Users seeking value — looking for more than the cheap dopamine hit of Likes and Follows — will eventually turn elsewhere. To offer a metaphor: we might glance at those salacious headlines screaming from the cover of supermarket tabloids. But for substance, we generally spend our time and money on publications we trust. And so it goes, increasingly, with social media.

It doesn’t have to be this way, of course. Nowhere is it set in stone that social media has to incentivize impulsive sharing, mob mentality and provocation. In fact, we’re already seeing the beginnings of a movement in a very different direction.

Instagram, for instance, is experimenting with hiding its Like counter. A trial underway now in Canada removes Instagram’s iconic hearts from posts, leaving followers with no idea of how many (or how few) Likes an update has received (though the post’s creator retains visibility).

With that simple tweak, how we engage with and valorize posts begins to change. The substance of an update moves front and center, rather than others’ reaction to it. What was a popularity contest becomes an opening for meaningful engagement. Users have also reported that Instagram is experimenting with hiding follower counts — another powerful way to discourage sensationalism and the pursuit of vanity metrics.

So what do we prioritize instead and how do we do it? Here, Twitter’s own CEO is pushing for a very different function for social media — not as a rabbit hole of mindless scrolling but as a place to go for specific information and real value. This starts with reorienting how and what we “follow” in the first place. Right now, users follow other users — that’s how social networks were built. But what if the focus were shifted instead to following specific interests and communities?

What if we could open Twitter and instantly absorb the latest news and insights on a given subject, rather than get baited into a cyber brawl or distracted by trivia? To this end, Dorsey envisions “a huge, fundamental shift … away from just an account bias towards a topic and interest bias.” Users would be empowered and encouraged to follow interests, hashtags, trends and communities, not just people. We’re not there yet. But this kind of reboot holds enormous promise.

The way forward also lies in not repeating the mistakes of the past. And one of the biggest was the insistence that raw and unfiltered dialogue is the highest good — that democratizing communication requires letting anyone say pretty much anything. Whether this was a high-minded defense of free speech or just a cop-out from networks looking to scale without adding costs really doesn’t matter any more. This approach hasn’t worked.

From the persistent vitriol on Twitter (where, to this day, one in ten tweets sent to female black users are abusive) to Russian interference on Facebook, we’ve seen what becomes of platforms where “self-regulation” is the order of the day. It may be an appealing idea. But what has played out on social media is the digital equivalent of the tragedy of the commons — the self-interest of a few (scammers, trolls, extremists, etc.) has ended up undermining a shared resource for the many.

Here, too, there are signs of correction, and hope. For starters, technology is catching up. Though still far from perfect, AI-powered algorithms on Facebook for identifying toxic and misleading content are getting better, exponentially so. And on Twitter, 38 percent of abusive Tweets are currently identified by algorithms and sent to humans for review. That’s still not enough — but just a year ago, that number was zero.

Arguably more important than this machine moderation, however, is the human version. I’m not talking here about the growing army of human reviewers and fact-checkers encharged with reviewing flagged content. Yes, this is important. But considering that 100 million photos and videosare uploaded to Instagram alone every day, it will never be enough.

More powerful and viable in the long run are small, self-selected and self-moderated groups, the walled gardens multiplying every day inside of existing social networks. Last year alone, Facebook Group membership rose 40 percent, with 1.4 billion people — more than half of Facebook’s massive user base — using Groups every month.

Groups work because there’s a sense of community and shared responsibility. They bring together people with common interests for focused discussion — even if that happens to be about the final season of Game of Thrones. Many closed Facebook groups take this a step further, carefully vetting members and having dedicated moderators steer debate and filter content. The result is a curated experience — and a far more valuable one.

Beyond groups, the rise of messaging platforms also hints at a more intimate and human future for social media. The top five messaging platforms — WhatsApp, Facebook Messenger, WeChat, QQ and Skype — now count around 5 billion monthly active users. Quietly, sometimes without even knowing it, these users are carving out their own spaces inside of the social universe. Here, accountability, humanity and mutual respect — ingredients so often lacking on networks at large — rise to the forefront. On these platforms, members know one another, if not in real life than at least in the digital equivalent, and derive real value from interacting.

At the end of the day, the onus to change social media isn’t just on the networks, of course. It’s also on us. It may be time we recalibrate our own expectations around the ROI of social media. What are we really getting in exchange for our time and attention? Currently, the return is often far too modest. Many people report feeling worse after using social media. We deserve more. We should expect more — meaningful conversation, reliable information, a little entertainment, some human connection. I don’t think that’s asking too much. It’s what social media was created for, in the first place. And it’s more important than ever.