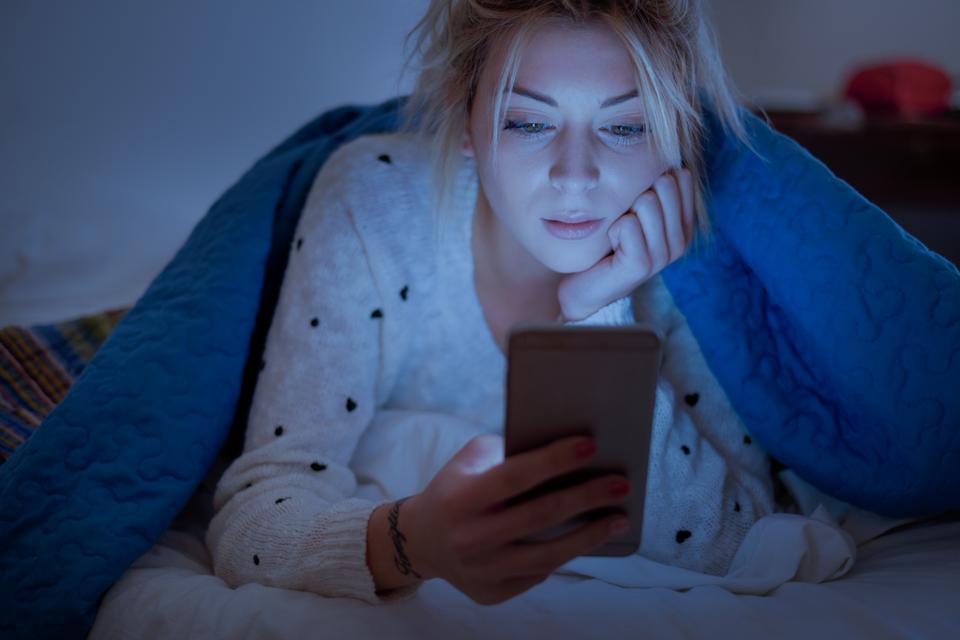 Social media has been plagued with bad publicity in recent years, and with pretty good reason. Numerous studies have reported that its intended effect–connecting people–is not always the reality, and it can actually do the opposite, leaving people feeling disconnected, lonely, bad about themselves, and so on. A new study from the University of Glasgow finds that teens who are on social media either a lot or really a lot have poorer sleep at night by several measures. This may not come as a surprise, but it highlights the effect that tech can have on our sleep cycles, especially among those who need it most (teens).

The study was published this week in the journal BMJ Open.

The team looked at data from almost 12,000 participants, aged 13-15, who were taking part in the long-term UK Millennium Cohort Study. They reported on a number of lifestyle variables, including social media habits—how many times/day they used Facebook, twitter, and WhatsApp. (The data came from 2015, which might be a limitation to keep in mind.) The participants also reported how much sleep they got on schooldays and weekends, in the way of sleep onset and wake times, the time it usually took them to fall asleep, and any trouble falling back asleep after nighttime waking.

There was an interesting breakdown in the amount of time the teens spent on social media: a little less than 32% said they spent one to three hours a day on it, which was considered average use by the researchers. “Low users” spent less than an hour per day on social media and made up about 34% of the participants. About 14% were “high users,” logging between three and five hours a day, and around 21% were “very high users,” spending more than 5 hours a day on social.

As mentioned, sleep quality was inversely linked to social media use, with teens spending more hours per day on social reporting poorer sleep across different variables.

The trends were particularly true for girls, who tended to use social media more than boys in general. Low social media users were the least likely to report sleep-associated issues.

The team suggests a couple of mechanisms to explain the association between social media and sleep loss. Some are time-constraint-related: “Direct sleep displacement may be particularly likely on school days, especially for very high users, since limited social media access during school hours means that at least part of this daily time on social media is likely to take place close to bedtime,” they write. And there are others: Kids might simply have trouble disengaging from social to go to bed, which calls up the addictive qualities of the apps. Or, the team writes, a “similar process could also indirectly delay sleep onset, if other daytime activities (eg, homework) are delayed due to a sense of urgency to check and respond to social media notifications.”

Of course, this is a simply a correlation, not a true experiment, so we don’t know if the one variable actually causes the other. It could be the other way around: that teens who were already poor sleepers are on social media more as a result—or it could be another variable entirely that causes both the social media use and the sleep issues.

That said, the blue light from phones and other screens is known to interfere with circadian rhythms (and experts have been cautioning people to stop using screens at least an hour before bedtime). And social media can often be emotionally fraught for users, especially women. The addictive qualities of social media are hard to deny, as many from the tech industry have pointed out in recent years. So between these two phenomena alone, it’s not unimaginable that using it more could keep a person up at night. For teens who need a lot of sleep and whose brains are growing tremendously, chronic lost sleep could have a significant effect.